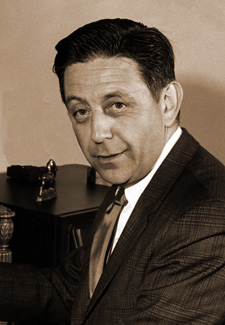 Herschel Burke Gilbert, born in Milwaukee, Wisconsin, began violin lessons at age nine, in Shorewood, Wisconsin, where he was concertmaster of the award-winning high school orchestra and drum major for the band · He began his own dance band at age 15, performing at high schools and colleges throughout the state of Wisconsin

1936: Gilbert entered Milwaukee State Teachers' College (later, the University of Wisconsin-Milwaukee) where he studied orchestration and composition with Milton Rusch, and teaching and performing on all instrument of the orchestra with Hugo Anhalt - preparing himself for his later work as an orchestrator in Hollywood

1946: Studied advanced composition privately with Ernst Toch - who also taught at the University of California at Los Angeles (UCLA)

1943: Left Juilliard to accept positions as music arranger and violist with the Harry James Orchestra, traveling to Hollywood to work in films 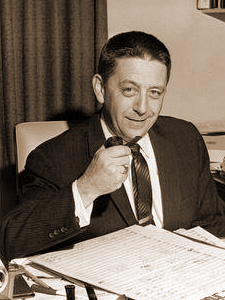 President, Screen Composers of America (SCA), composers for films and TV · Co-chair of the committee of Adolph Deutsch, David Buttolph, George Duning and Arthur Morton, from 1947-1954, working to gain entry of film composers to membership in ASCAP and enable film composers to earn performance royalties

President, Juilliard Alumni Association Chapter One at Los Angeles · He was the only recipient of TWO "Juilliard Alumnus of the Year" awards

Board Member, The Society of Singers

President, three years; Vice President, four years on the Board of Trustees of The Society for the Preservation of Film Music, now called The Film Music Society

Vice President of the Film Music Museum, an organization working to preserve film and television scores, and to make music scores available for study 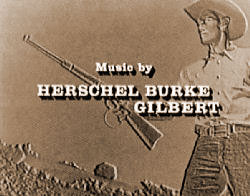 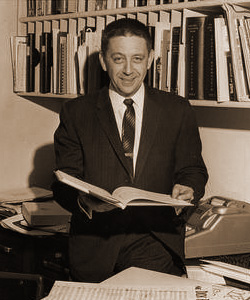